May is Preservation Month! As such, we’re sharing brief histories of Joplin, Missouri’s four city-owned cemeteries; this is part one of four in the series.

Prior to the establishment of Parkway Cemetery, Joplin’s citizens were buried in the only city-owned cemetery, Fairview Cemetery. In 1931, Joe H. Myers, then Commissioner of Public Property and Public Utilities, realized that Fairview Cemetery would soon be full and considered plans for establishing a new cemetery on the new cemetery tract that ran along the east and west sides of McClelland park road. This cemetery tract eventually became two cemeteries—Parkway (east) and Osborne (west). Although this tract of land is commonly thought to have been donated to the city by the Osborne family, it was, in fact, purchased by the city during one of former Mayor Jesse F. Osborne’s administrations, around 1922.

In May 1932, a committee of Joplin’s Colored Citizens’ Club requested that Commissioner Myers set aside a portion of the newly considered city cemetery exclusively for use by Joplin’s Black citizens. Myers agreed and, in 1933, announced plans to develop the east side of the McClelland park road cemetery tract solely for use by Joplin’s Black citizens. Also at that time, Myers let it be known that the plot set aside for Black people in Fairview Cemetery was full, thus the city was no longer able to accommodate the burial of Black persons in that cemetery (though accommodations were still being made for white persons in a new addition).

In April 1933, work began to clear the east side of the McClelland park road cemetery tract. Later that same year, in August, the city commission (i.e. Council) chose ‘Parkway Cemetery’ as the official name for the new cemetery. It is not known why, exactly, the Council chose the name ‘Parkway’ for the new cemetery. While the east side of the McClelland park road tract was developed for use by the area’s Black community, the tract on the west side was reserved for later development for use by white persons.

Although the city-owned Parkway Cemetery opened to Joplin’s Black citizens in 1933, the earliest tombstone burial date reads 1932. According to the city’s cemetery records, Joseph Stover was initially interred at Fairview Cemetery in 1932, where he was then disinterred and reinterred at Parkway Cemetery upon Parkway’s opening, in 1933. Parkway Cemetery has been in use since 1933 and continues to be in use today.

In addition to serving as a burial ground for Joplin’s Black citizens, Parkway Cemetery historically served as a gathering place for Black families during a time when they had very few choices for gathering spaces. According to local oral histories from those within Joplin’s Black community, funerals and celebrations of life were all-day events. Family and friends traveled from afar and used the lawn to the south of the cemetery as camping and picnic grounds. Thus, Parkway Cemetery offered an integral space for fellowship among Black and African American people during unfortunate times of segregation in America.

Among those interred at Parkway are veterans from World Wars I and II, the Korean War, and Vietnam; former law enforcement officers; members of the Masons and the Order of the Eastern Star; and others who contributed significantly to the development of our community. 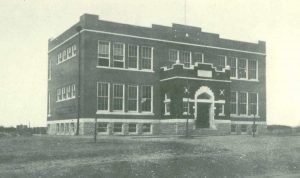