COMBINE is a collaborative and interdisciplinary group of MSSU Art & Design students. This, their inaugural group exhibition, explores various creative responses to the concept of “spring.” COMBINE: Spring is on exhibit in the Bramlage and Willcoxon Foundation Gallery inside Joplin Public Library until Sunday, May 29, 2022. Visit the library during the opening reception on Thursday, April 28 between 6:30-7:30pm for an opportunity to meet the artists. 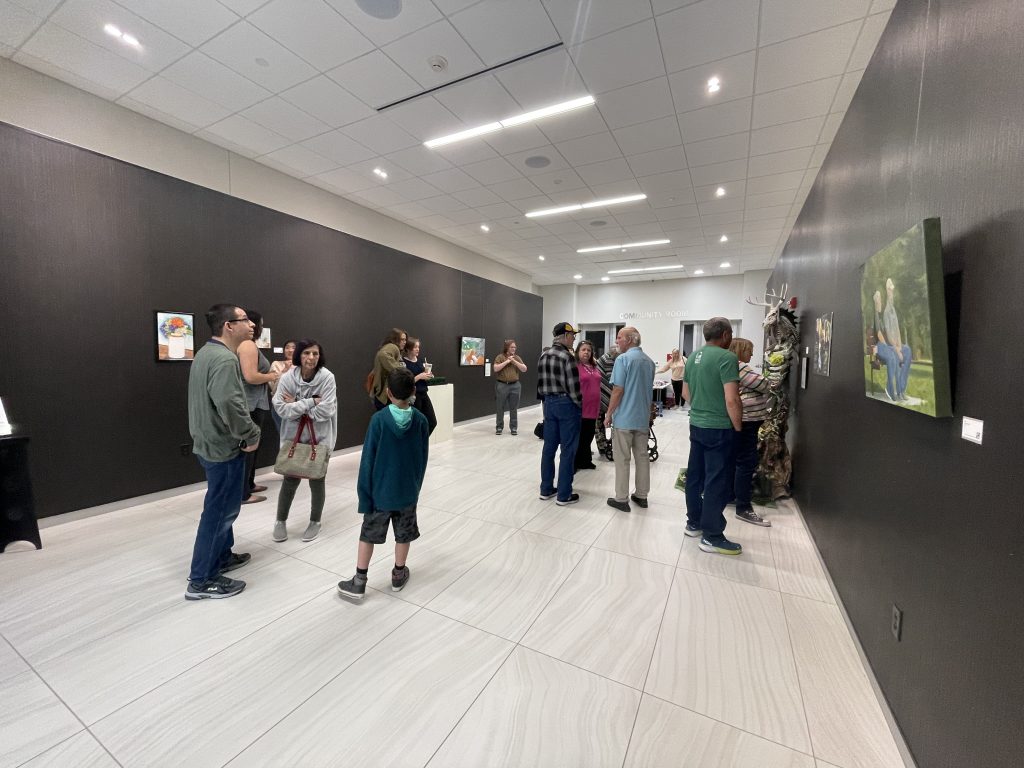 Pity Comic Sans, the font that people love to hate. Developed by Vincent Connare in the mid-1990s, Comic Sans is what author Simon Garfield describes as “type that has gone wrong” in his book Just My Type, an engaging history of type (which, these days, the average person refers to as a ‘font,’ but more on that later).

Connare designed Comic Sans as a reaction against the perceived formality of Times New Roman. Specifically, as a new typeface for Microsoft Bob, a user-friendly software program designed for people who didn’t use – or were frightened of – computers. Connare believed that Times New Roman didn’t mesh well with other elements of the software, such as its “accessible language and […] appealing illustrations.” Ultimately, Connare’s new type couldn’t be worked into the package. Guess what? Microsoft Bob failed. Not long afterward, Connare’s Comic Sans was released in another software package that indeed became popular.

Then, after being included in Windows 95, Comic Sans was everywhere. So much so that people got sick of it. Like, really sick of it. Garfield tells us of Holly and David Combs, a couple who made an anti-Comic Sans website and sold “Ban Comic Sans” merchandise. It’s not necessarily that the Combs thought Comic Sans had no place in the world, but that it needed to be put back in its place. This seemingly ubiquitous hatred of Comic Sans is not unlike how people love to hate Merlot–they know little about its complexities, nuances, and when it is, in fact, a smart, or dare I say the right, choice.

Not only does Garfield give us the history of type/fonts, but, in some cases, the histories of their creators. One such case is the grisly history (that I definitely won’t mention here) of Eric Gill, whose typeface Gill Sans appeared in 1928 as “one of the twentieth century’s earliest and classic sans serif fonts” and is still widely used today.

Speaking of Sans Serif fonts, what’s the difference between that and Serif? I’ll tell you, but Garfield will tell you better with one of the fantastic visuals that accompany the text throughout his book. Serif fonts have feet and tips, which are the serifs. Remove those and voila! You have Sans Serif.

So what about this whole typeface and type/font thing? While typeface is a certain style of lettering, fonts refer to variations of a typeface, including size, weight, and so on. Garfield writes: “Fonts were once known as founts. Fonts and founts weren’t the same as typefaces, and typefaces weren’t the same as type.” He highlights this and many other more technical aspects of typography that, admittedly, readers without a keen interest in type may not find interesting. For example, typographers once had typescales (depth scales) for measuring not only the type, but the space between it, both of which are referred to as the point size, or, for typographers (and printers, as in printing presses) these measurements are grouped into picas.

“DIY” is one of my favorite chapters because it introduced me to the John Bull Printing Outfit, a DIY typographic kit released in the 1930s. It was both creative and educational and, to me, looks and sounds like loads of fun (Hello, eBay!). Garfield goes on to discuss other methods of personal printing, from Letrasets to typewriters to floppy disks, ending the chapter saying that “well-printed” materials are “fast becoming heritage,” yet “typefaces – both their preponderance and ingenuity – have not suffered a similar decline in fortunes.” He writes further that perhaps we have too many.

I particularly appreciate how easy-reading this book is. Although I didn’t learn this till 250 pages in, the book is set in Sabon, which is known for its readability. Perhaps my sharing this with you is somewhat of a spoiler, but I have good reason for doing so. That I thought the book was easy-reading before knowing a particular font was chosen to achieve just that illustrates how much of a connection we have between text – not just what it says, but how it looks – and the way we process information and, more generally, the world.

Literally every printed word was someone’s decision to use a particular typeface or font. The newspaper (or screen, if that’s your style) that you’re holding in your hand to read this review is but one example. Whether we realize it or not – or like it or not – the way that things look impact the way that we interact with them and fonts are no exception. Have you ever been put off by some fonts and not others? Made choices as a consumer based on fonts and labels? Sure you have, as have I.

Garfield reminds us that, like anything else, fonts have rules. Though he’s not necessarily opposed, he wonders “to what extent do rules stifle individuality and creativity?” (Good question.) I’ll leave you with a few so-called rules mentioned by Garfield, though he attributes them to Paul Felton: “Thou shalt not apply more than three typefaces in a document;” “Remember that a typeface that is not legible is not truly a typeface;” and “Thou shalt not use only capitals when setting vast body copy.” 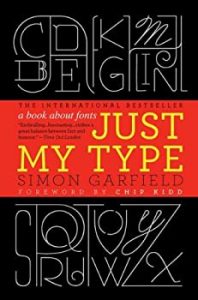 We’ve partnered with Joplin Public Library for the inaugural exhibit of their Young Artists Club! Open to children through age 12, the Young Artists Club meets monthly to learn new art techniques and make artwork. Exhibited here are their self-portraits, which they learned how to create in April.

Join us on Friday, May 13th from 4pm-5pm for the Young Artists Gallery closing reception, where you’ll have the opportunity to meet these young artists and celebrate their works, as well as enjoy light refreshments. 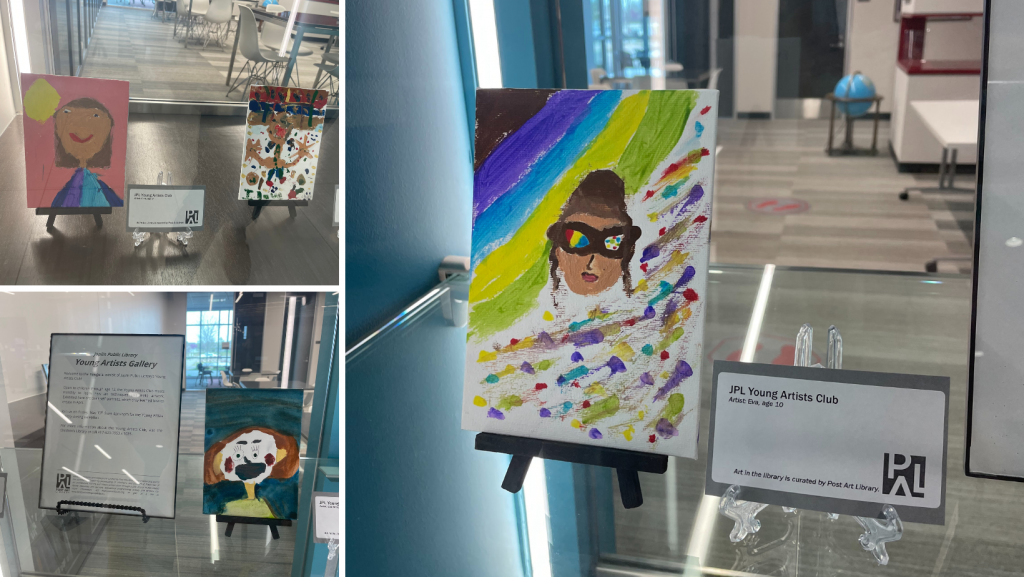